WITHIN THE FRAME OF THE NDAO HANAVAO PROJECT
ANTANANARIVO, MADAGASCAR 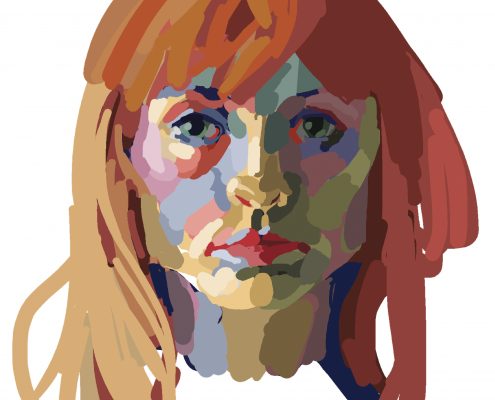 After studying fashion design at ENSAAMA (School of Arts and Design), she chooses to study product design and graduates from ENSCI – Les Ateliers in 2012. Laureline Galliot is rethinking the methods uses in industrial design and serial  production exploring the horizons opened up by digital techniques such as touch screen tablet, 3D animation and printing. Influenced by her own digital paintings, Galliot experiments with modelling and virtual coloration, she explores new formal possibilities for objects using iPad as a touch screen interface to re-connect design process with hand gesture.
She was awarded the vase design award at the Villa Noailles in 2013 and her pieces joined the design collection of the CNAP (National Center of Visual Arts). Her work has been shown at various art centers and public institutions such as the Swiss Institute of New York, the Mudam in Luxembourg, the SEEDS Gallery in London, the Madd in Bordeaux, the Centre Pompidou and the MAD in Paris. Since 2015, she edits designs with Italian rug manufacturer Nodus and collaborates with Italian, Japanese and Austrian manufacturers (within the frame of her residency at Villa Kujoyama mentored by the French Institute and the Fondation Bettencourt Schueller, Kyoto, 2017). 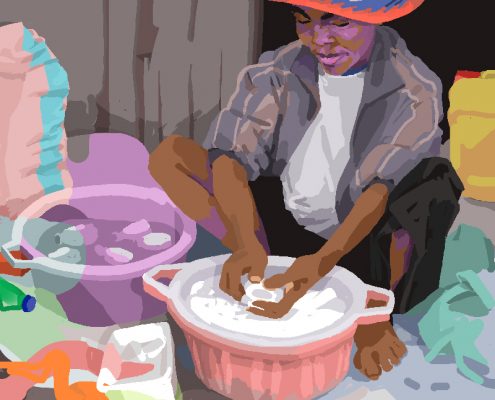 In 2019, Rubis Mécénat commissioned French designer Laureline Galliot to create a series of digital paintings inspired by the Ndao Hanavao project, an innovation and creation laboratory undertaken in 2018 by Rubis Mécénat in Antananarivo, Madagascar.
Laureline Galliot visited the project in October 2019. She facilitated a workshop with the young designers trained within the project to design an object made from the Polyfloss wool produced on site. 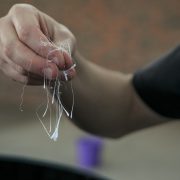