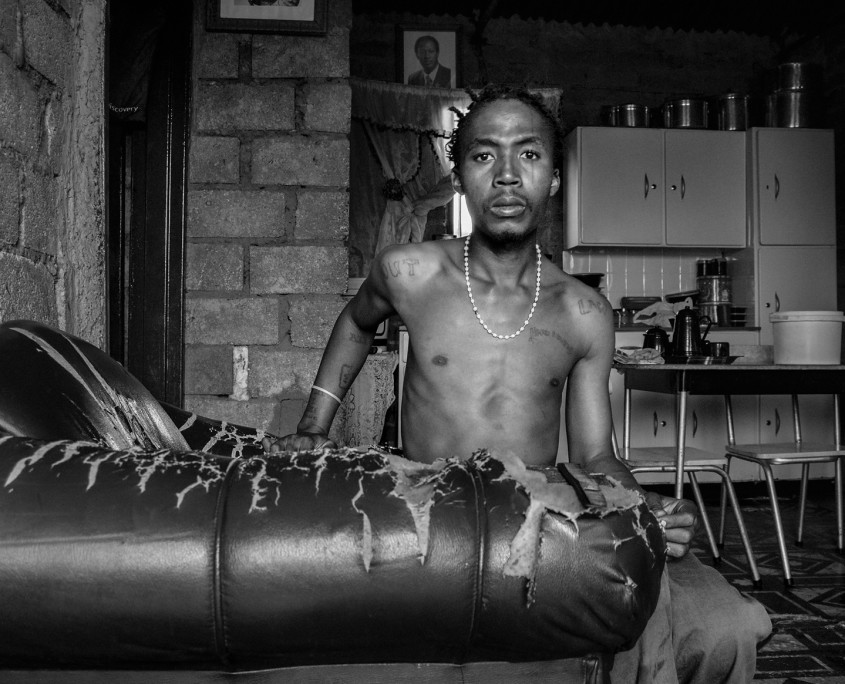 Tshepiso Mazibuko was born in 1995 in Thokoza, South Africa. In 2012, she was introduced to photography in high school through the Of Soul and Joy project, which, in 2014., awarded her a scholarship to pursue her photography studies at the Market Photo Workshop in Johannesburg. Mazibuko’s work was exhibited in 2013 in the group show “In Thokoza” organised by Rubis Mécénat Cultural Fund at the Ithuba Arts Gallery in Johannesburg and in 2015 in “Free from my Happiness” an exhibition curat ed by Tjorven Bruyneel and Bieke Depoorter and organised by Rubis Mécénat at the International Photo Festival of Ghent in Belgium.

Tshepiso Mazibuko is inspired by her immediate surroundings. She documents Thokoza by telling stories of people who live close to her, photographing their intimate space.