Jean-Sébastien Clain and Yannis Nanguet were born in Saint-Denis in 1984 and 1983 respectively and met as students at the School of Fine Art in Le Port. They decided to form the duo Kid Kréol & Boogie in 2008. They live and work in Saint-Denis, Réunion.
Kid Kréol & Boogie’s work consists of unveiling an imaginary Réunion creole world. It has its roots in the Indian Ocean and in beliefs belonging to a culture that is gradually disappearing. They translate a predominantly oral and musical culture into images. As visual artists, their aim is to take this culture which is transmitted orally and through music in family circles and reflect and reinvent it in visual form.
They are directly influenced by rituals, myths and various tales and legends and their approach offers a contemporary treatment of “ancestral” material and the imaginary. In order to make this world accessible, they paint in the street, or more specifically on waste land or other abandoned sites which act as catalysts for their message. They have since begun to try and identify and develop the genesis of a lost myth in the studio.
They have shown their work at several exhibitions, festivals and performance venues worldwide, in South Africa, Brazil, Madagascar and Slovakia.

Rubis Mécénat, with the support of La Société Réunionnaise de Produits Pétroliers (SRPP), launched a competition in March 2017 for projects to create a monumental work to be installed permanently at the SRPP depot in Le Port, situated at La Pointe des Galets, Réunion. The winning collective, Kid Kréol & Boogie, created a mural painting on the water tank located at the entrance to the depot, which also extends along the adjacent 48m wall.
This permanent work was inaugurated on 5 December 2017 in the presence of teams from the SRPP, the artists, the jury, representatives of the municipality of Le Port, Frac Réunion and the Cité des Arts de La Réunion.

One of the recurring features of the two artists’ work is the depiction of dreamlike natural landscapes, inspired by scenery typical of the island of Réunion, which they translate into graphic dreamscapes.
L’Orée depicts the sea and mountain terrain of Réunion, and more particularly Rivière des Galets, a true sanctuary in popular Réunion culture. The fresco depicts vegetation, roots and rocks, but does not reproduce a specific area. The artists were keen to transport the viewer instead into an imaginary landscape which was unknown yet familiar.
The stone figure on the water tank resembles a menhir – a goulou, bondié galé. It is the guardian of the sanctuary and ensures that the balance between heaven and earth is not upset. 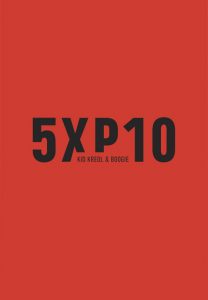