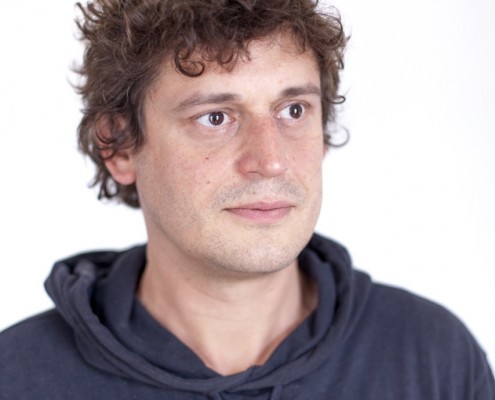 Stéphane Thidet graduated from the prestigious École Nationale Supérieure des Beaux-Arts in Paris in 2002. He now lives in Paris and works in Aubervilliers.
His art features in many public and private collections. For the past ten years, Stéphane Thidet has been represented by the Aline Vidal gallery in Paris and by the Laurence Bernard gallery in Geneva.
Stéphane Thidet is an artist working with many mediums and materials. In his artistic works, he manipulates and transforms sounds, videos, manufactured objects or natural elements extracted from their original environment.
His installations often seek to displace the established borders of art, as when he introduced a pack of wolves in the pleasance of the castle Château des Ducs de Bretagne during the contemporary art festival Estuaire in Nantes in 2009.
In 2015, there was a possibility to rediscover his spectacular installation “Refuge” as a part of the exhibition Inside that took place at the Palais de Tokyo. The installation consists of a wooden hut on a scale, inside which there is an eternal rain falling.
In 2017, Stéphane Thidet received the Anna Morettini prize for the in situ installation “Solitaire”, originally commission by Rubis Mécénat for the sacristy of the Collège des Bernardins (Paris) in 2016. It is possible to see his current exhibition Desert at the abbey of Maubuisson until August 2017. 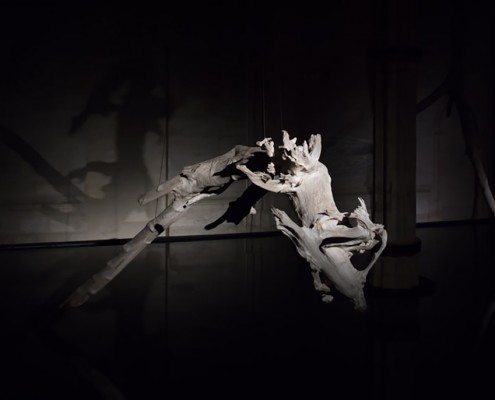 Rubis Mécénat partnered with the Collège des Bernardins to provide a blank slate for the artist Stéphane Thidet to conceive work for the old sacristy at the Collège upon the initiative of the curator Gaël Charbau. With Stéphane Thidet’s site-specific work the space underwent a complete metamorphosis. A large quantity of water contributed to the creation of a contemplative, architectural and mental landscape. At the heart of the device, Thidet conceived a strange ‘drawing machine’, an unseen, liquid, mineral and solitary choreography, which comes into itself under the vaults of the old sacristy. 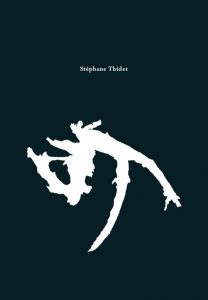