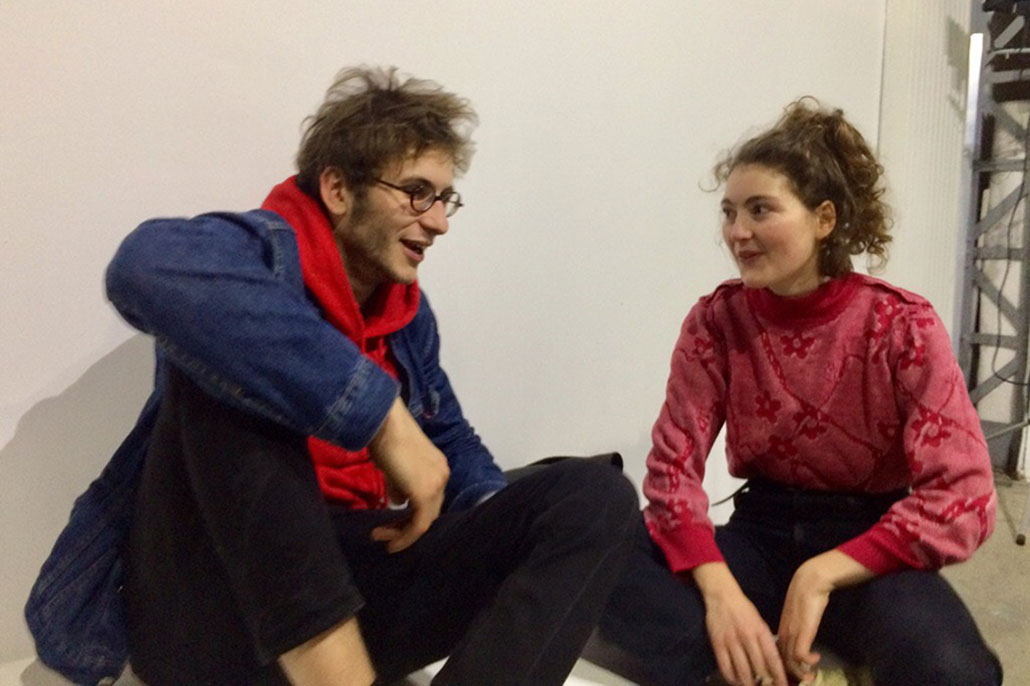 Anouk Rabot was born in 1996 and enrolled at the École des Beaux-Arts in 2013. Her work consisting of drawings, engravings, volume pieces, and videos, which were developed in the studios headed by Jean-Michel Alberola and Aurélie Pagès, culminated in a diploma from the École des Beaux-Arts in June 2017 after three years of study.
In her drawings and engravings, Anouk launches time and form, matter and color into orbit. The system of illuminated black boxes inspired by dioramas is the fruit of the intuitive thought and experimentation process which she pursued in 2016-2017 and which she wanted to rework for an illuminated Nativity story. Anouk collaborates with Max Coulon, with whom she devised the crib project for the St. Eustache Church.

Born in Strasbourg in 1994, Max Coulon, who is of Franco-German origin, started to study at the École des Beaux-Arts in 2014. He spent two years working in James Rielly’s studio, before moving onto the studios of Dominique Figarella and Pascal Aumaitre.
“I share my living space with a huge number of objects, an army of forms which overrun the studio, my apartment, and the cellar. I extract pieces from this collection to compose my installations. My installations graft themselves onto spaces, playing with their volumes, materials and colors. They are sorts of sculptures in situ which try to initiate a dialogue with the environment which witnesses their birth. Every medium – from construction, to carving, photography, painting, writing, video, performance and ready-mades – offers an opportunity to present a spatial system, the subjective reflection of a relationship with the world.” 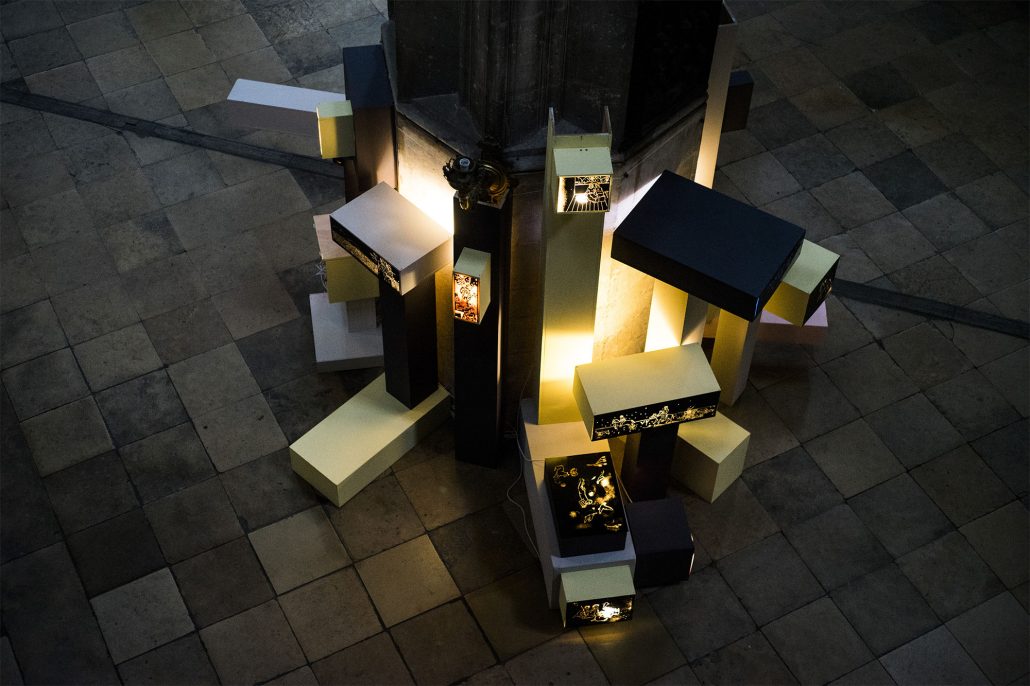 To celebrate the feast of the Nativity and under the initiative of Françoise Paviot, in charge of contemporary art within the parish, Rubis Mécénat cultural fund and St. Eustache Church renewed for the second year in a row the call for projects for the realisation of a contemporary crib proposed among the students of the École des Beaux-Arts.The young artists Anouk Rabot (born in 1996) and Max Coulon (born in 1994) are the winners of this second edition. Their crib was visible from 1 December 2017 to 2 February 2018 at the St. Eustache Church.
Anouk focused on the drawing element and Max concentrated on the woodwork. They both wanted to pursue this trend for opening up the crib space, and to work with light. A series of drawings presented in small boxes coils around one of the church pillars, marking the stages leading to the birth of Jesus. A box lights up every day until Christmas Eve, when they will all shine out together to announce that Christ has come among us.
Anouk and Max have not turned their backs on the past, but have drawn inspiration from it. Their research involved looking at paintings in the Louvre Museum, visiting the St. Eustache Church several times to engage with its architecture, and re-reading the Gospel texts. However, for these young artists, who are very much rooted in the present, the crib is not just a simple image based on tradition. They offer a new reality and show us that it is a living space which must kept alive. It is a sort of invitation to stay awake, to keep our lamps lit, and to share their light joyfully.

In charge of contemporary art at St. Eustache 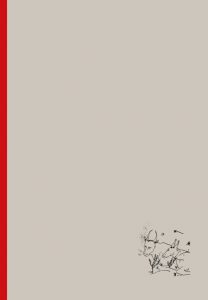