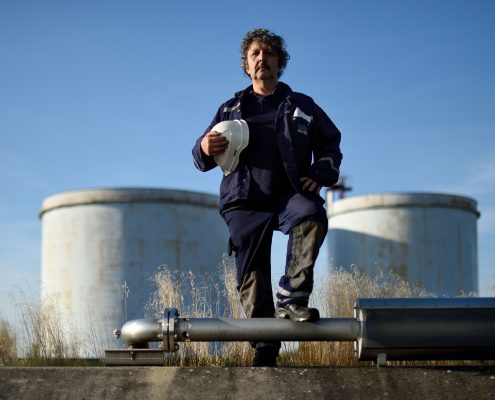 Christophe Bogula has been working as a mechanic at Rubis Strasbourg since 2006. Seduced by the aesthetics of the old industrial architecture, Christophe has been photographing his working environment and his colleagues since 1992. His work is inspired by August Sander.

DIY
(DO IT YOURSELF) 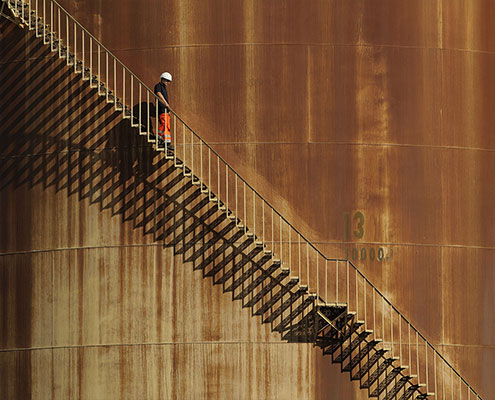 In 2013, Rubis Mécénat launched an amateur photography competition at Rubis Terminal, inviting the Group’s collaborators to use their creativity within their work environment. The 13 candidates rose to the challenge and covered the near entirety of Rubis Terminal sites across Europe. The brief was to capture, with a camera, snippets of the industrial era of the XXIst century, that conveyed the employees’ professional environment, their daily life, what fascinates them, the visible and the invisible, men and machines.

The competition’s winner, Christophe Bogula, has worked at Rubis Strasbourg since 2006. He photographs his work environment and takes portraits of his colleagues. This world, little-known by the general public, was subsequently exhibited on containers installed in Strasbourg at the event Le Port au cœur de la ville, lieu d’inspiration (The port in the heart of the City, place of inspiration), and then at the Estivales du Port (Habour Summer).

Bogula’s photographs are installed on the site of Rubis Terminal in Strasbourg and have been exhibited during the Osophère Festival, a major cultural event in the life of Strasbourg from April to May 2017 and during the festival l’Industrie Maginifique, an event which brought together artists and industrialists in Strasbourg in May 2018. 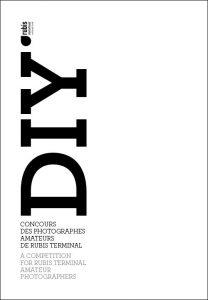