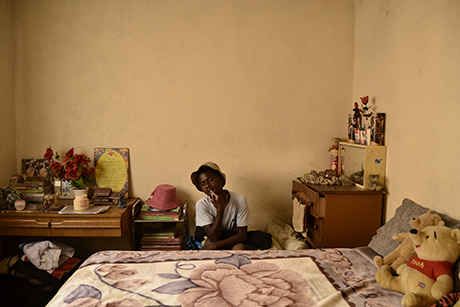 Philani Mazibuko was born in 1996 in Katlehong, Johannesburg, South Africa. In 2012, he was introduced to photography in high school through the Of Soul and Joy project, which, in 2015, awarded him a scholarship to pursue his photography studies at the Market Photo Workshop in Johannesburg. In 2014., his work was exhibited at Addis Foto Fest in Addis Ababa, Ethiopia, in the group show “Visions of Africa”. In 2015, Mazibuko was invited in the exhibition “Fresh Produce”curated by Assemblages at the Turbine Art Fair in Johannesburg.

Philani Mazibuko’s work documents the intimate life of the adolescents living in Thokoza. He features the rooms of boys living in shack settlements.