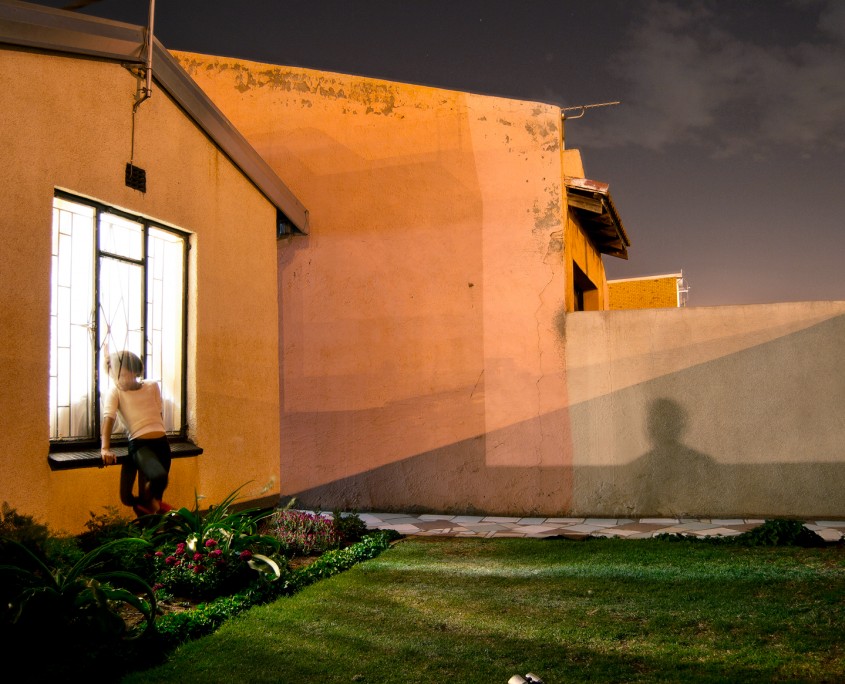 Sibusiso Bheka, 2015, At night, they walk with me, Thokoza, South Africa

Sibusiso Bheka was born in 1997 in Thokoza, South Africa. In 2012, he was introduced to photography in high school through the Of Soul and Joy project. He then joined Live magazine as a part time photographer. In 2013, Bheka’s work was exhibited in the group show “In Thokoza” organised by Rubis Mécénat Cultural Fund at the Ithuba Arts Gallery in Johannesburg. In 2014., he was invited by Addis Foto Fest in Addis Ababa, Ethiopia, in the group show “Visions of Africa”. Bheka’s work was exhibited, in 2015, in “Free from my Happiness”, an exhibition organised by Rubis Mécénat and curated by Tjorven Bruyneel and Bieke Depoorter at the International Photo Festival of Ghent in Belgium. The work of Sibusiso Bheka documents his environment by night giving us to see his reality of Thokoza, his playful moments almost surreal just before light disappears.